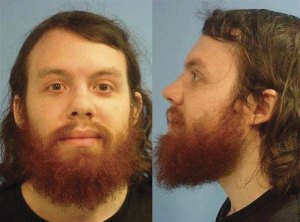 Kathy Sierra built an exceptional career in technology developing video games, teaching Java programming for Sun Microsystems Masterclasses and writing books. A female success story in an otherwise male dominated field. That is, up until 2007 when she abruptly left public life, cancelled her career, and even fled her home. She did that because a sustained harassment campaign comprised of death and rape threats, threats against her family, fabricated claims of prostitution, and a false claim that she had issued a DMCA takedown to stifle the free speech of critics. In the face of this organized onslaught she tried to hold on, to take a stand and fight the good fight. But when the harassment culminated in the public release of her private address and Social Security Number, a technique known as Doxxing, she bolted in fear for her and her family’s lives.

It turned out a man named Andrew Auernheimer had been responsible for having harassed Sierra. Known as ‘Weev’ online, he admitted it in a 2008 New York Times story on Internet Trolls. There, he spoke to the lengths at which he and his cohorts went to discredit and destroy Sierra.

Over a candlelit dinner of tuna sashimi, Weev asked if I would attribute his comments to Memphis Two, the handle he used to troll Kathy Sierra, a blogger. Inspired by her touchy response to online commenters, Weev said he “dropped docs” on Sierra, posting a fabricated narrative of her career alongside her real Social Security number and address. This was part of a larger trolling campaign against Sierra, one that culminated in death threats.

Now, seven years later, Kathy Sierra’s returned with a long form essay titled, Why the Trolls Will Always Win. Part explanation for why she’d left and part call-to action against the danger of online harassment against women, she argues decent people must organize. Because the situation has grown much more serious since she went into hiding all those years ago. Trolls have stepped up their game. Beyond the mere threat of Doxxing, which acts by threatening to incite physical violence from random crazies with a screw loose, malicious trolls have taken to SWATting. This is a so-called ‘prank’ where harassers call police and make false accusations to induce a SWAT raid. One prominent example is that of game developer Chris Kootra. Last month, while simply playing a video game, Kootra was surprised by a SWAT raid with officers forcefully entering his business with guns drawn.

For the lulz. SWAT raid Kootra’s office after a false tip.

Kootra had the presence of mind to raise his hands and offer no resistance. But had he made the slightest mistake, say reaching in his pocket unexpectedly, he could have been killed. There is also the troubling trend of trolls developing malicious software intended to harm victims directly. For example, posting images on epilepsy forums which flicker at rates known to induce epileptic seizure. Given that Sierra is epileptic herself, this kind of harmful trolling hits home personally. She writes:

[While not photo-sensitive], I have a deep understanding of the horror of seizures, and the dramatically increased chance of death and brain damage many of us with epilepsy live with, in my case, since the age of 4. FYI, deaths related to epilepsy in the US are roughly equal with deaths from breast cancer. There isn’t a shred of doubt in my mind that if the troll hackers could find a way to increase your risk of breast cancer? They’d do it. Because what’s better than lulz? Lulz with BOOBS. Yeah, they’d do it.

And yet Auernheimer, the man who put her through all this horror, has for entirely different reasons become a kind of ‘Net cause célèbre of Internet freedom. He attracted the attention of federal authorities after having committed a hack against AT&T where he’d obtained the email addresses of tens of thousands of iPad users. Authorities pursued a case and in due course he was convicted, ultimately sentenced to 41 months in federal prison for identity fraud and conspiracy to access a computer without authorization. Many thought this conviction and sentence an egregious of online freedom. Attracting support from the Electronic Frontier Foundation and prominent Georgia University Law Professor Tor Ekeland, the two worked together to craft an appeal and overturn Auernheimer’s conviction. In April 2014, they succeeded and Auernheimer is now free.

Ekeland wasn’t the only one bothered by the government’s case. Even Kathy Sierra disagreed. Yet she’s appalled that somehow she’d been dragged into supporting the very man who’d abused her.

But you all know what happened next. Something something something horrifically unfair government case against him and just like that, he becomes tech’s “hacktivist hero.” He now had A Platform not just in the hacker/troll world but in the broader tech community I was part of. … But hard as I tried to find a ray of hope that the case against him was, somehow, justified and that he deserved, somehow, to be in prison for this, oh god I could not find it. I could not escape my own realization that the cast against him was wrong. So wrong. And not just wrong, but wrong in a way that puts us all at risk.

Tor Ekeland, in recent commentary at Wired, continues to defend Auernheimer as having been wronged by an overzealous prosecution, the precedent of which would have had significant ramifications for ‘Net freedom:

…the crucial issue here is not weev or his ideas but the future of criminal computer law in the U.S. You may think weev is an asshole. But being an asshole is not a crime, and neither is obtaining unsecured information from publicly facing servers.

Which leaves Sierra lamenting that Auernheimer still hasn’t been charged and convicted for what she considers his real crime of harassment, crimes that harmed her and countless others. Where’s the justice? Inciting violence and dissemination of ‘fighting words’ is not free speech. Yet, as she admits, unless you’re a celebrity you’re “…more likely to win the lottery than get any law enforcement agency to take action.” So there is none. “We are on our own,” she laments. “And if we don’t take care of one another, nobody else will.”

So she came back to push back, to push back against prominent journalists and notable members in Tech who conflate prosecutorial violations of due process with the right to disseminate harassment and cruelty.

Auernheimer, for his part, remains unapologetic. Responding to Sierra on Livejournal, he writes:

Yesterday Kathy Sierra (a.k.a. seriouspony), a mentally ill woman, continued to accuse me on her blog of leading some sort of harassment campaign against her by dropping her dox (information related to identify and location) on the Internet. … Kathy Sierra has for years acted like a toddler, throwing tantrums and making demands whenever things didn’t go her way. She rejects any presentation of polite criticism or presentation of evidence as some sort of assault on her. She was the blueprint for women like Zoe Quinn and Anita Sarkeesian, who also feign victimhood for financial and social gain. Kathy Sierra is the epitome of what is wrong with my community. She had something coming to her and by the standards set by her own peers in the social justice community, there was nothing wrong with what she got.